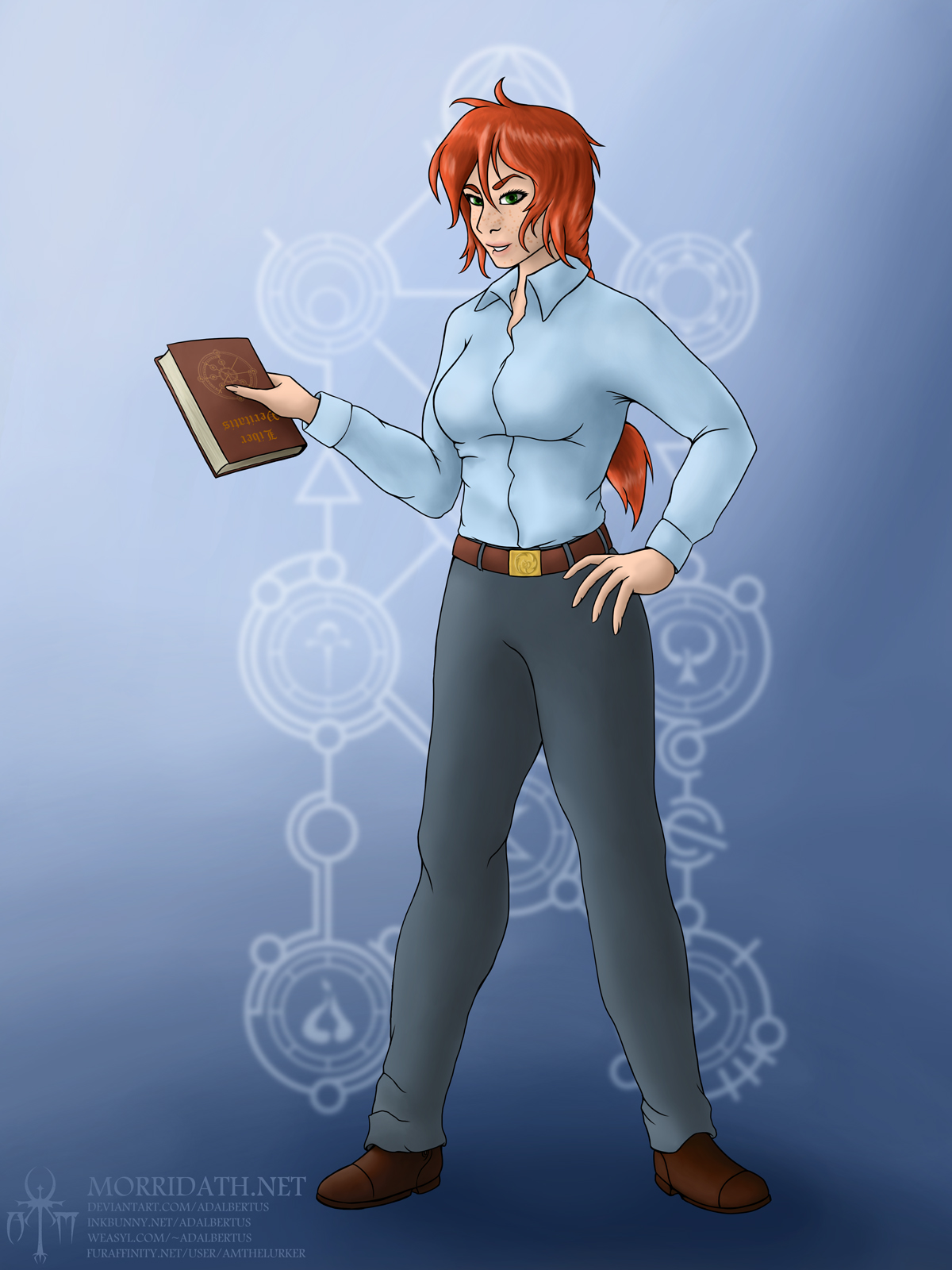 An alternative, much happier (I guess) Version of my big sexy redhead. A third one in the universe (technically a fourth one if you include the pony version, but please don't).

She’s a Librarian in a world where magic stuff exists, but is mostly hidden from majority of humans (see: world of darkness, only much more messy). Librarian not only in the sense that she works in a library, she’s also a member of a secret organization tasked with the whole keeping magic things secret. She’s actually a character that looks far more interesting naked and not for the reasons you might thing. She’s an enchanter, she can engrave certain magical effects into objects and her favorite thing to work with is her own body. Her skin is covered in tattoos and other “decorations” containing imprints of spells and states she can invoke.

I will definitely post more of her in the future.

Also posted on my deviantArt Gallery